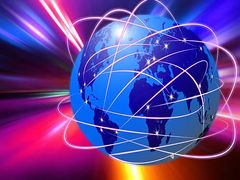 DXing, The pursuit of contacting stations in distant places. This is the broadest interpretation of the meaning of the term “chasing DX”. The DXCC award is sponsored by the ARRL and is the most prestigious of the many DX awards. To earn the DX Century Club (DXCC) award you must work and confirm at least 100 different countries and then apply for the award. There are presently 339 entities (countries), and it is possible to work over 100 countries in a single contest weekend with some dedication. Getting the QSL cards may be more challenging however.  Remember the final courtesy of a DX QSO is the sending of a QSL card.

There are many variants of the DXCC award, by mode, and by band. One of the more coveted versions is the 5BDXCC award, working at least 100 countries on 5 different bands. Other DX type awards are sponsored by CQ magazine and the most notable and challenging is the WAZ award, for working all 40 radio zones. There is also a 5 band version of WAZ.

Other awards that can qualify as DXing are the ARRL WAC (Worked All Continents), WAS (Worked All States), which may not be considered DX by some, but Alaska and Hawaii do count as separate entities for DXCC credit. Another award gaining in popularity is the RSGB (Radio Society of Great Britain) IOTA award where the challenge is to work all of the Islands of the world. There are almost as many DX contests of one type or another as there are weekends.  There is an activity for every interest.

DXing combined with world wide DX contests (CQ WW, and ARRL DX contests) can provide a tremendous amount of challenge in equipment (mostly antennas), and operating skills. It is great fun and the challenge of becoming a member of the coveted ARRL DXCC Honor Roll will put you among the elite of the DX world.

Put up that beam, or vertical, and string that dipole and join in the challenge of DX chasing!